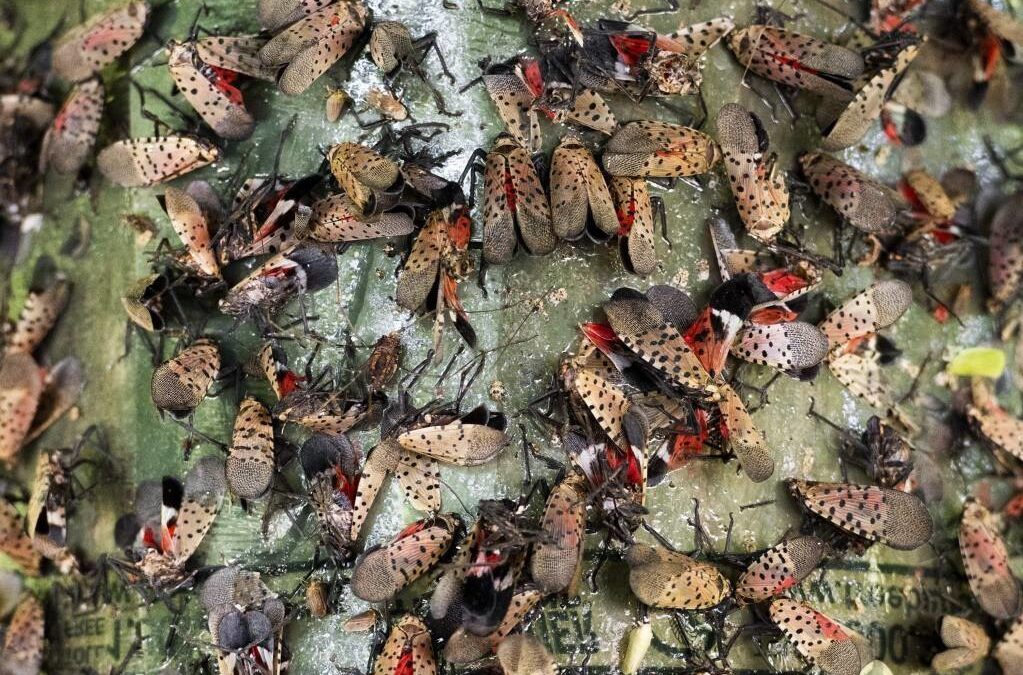 Insects in the adult or larval stages cause unfathomable damage to trees if unchecked. Knowing the most destructive and prevalent species could save trees and preserve an ecosystem’s natural beauty.

Winters inflict tremendous stress on trees. Invasive insect activity accelerates during spring when plants start to bud and bloom. Therefore, if invasive pests attack a tree at the onset of spring when the tree is weakest, it can quickly die.

No one wants dead trees on their hands. Therefore, if you notice an insect infestation on your trees,  kindly schedule an appointment for excellent tree services in Bedford by North Eastern Tree, Shrub & Lawn Care.

This blog will let you in on some of the most destructive tree insects in New York, the trees they attack, and how to spot them.

Invasive insects can survive almost anywhere in the world. However, differentiating between harmful and nonharmful species is not easy. Below are a few of New York’s most destructive defoliators.

Since 1980, the gypsy moth has defoliated more than a million forested acres in the U.S.

The gypsy moth often lays many eggs on leaves and outdoor household goods like lawnmowers and barbeque grills in the spring. Once they hatch into hungry larvae, almost every tree and shrub around is on the menu. The moth does not spare hardwood trees like the maple, oak, elm, and birch.

The gypsy moth’s eggs appear as a dense mass of yellowish hairs, like those of a camel hair sweater. The mass may contain up to 500 eggs, and to destroy them, you would need to place them in a container of hot soapy water.

This newcomer to America first appeared in Michigan in 2002. The metallic green beetle quickly spread throughout the country by hitching rides on infested firewood.

In spring, the larvae emerge and construct silken tents on branches for shelter during the day. At night, they come out to feed.

This one is a native pest to North America. Therefore, finding it in New York City is no surprise. The caterpillar commonly attacks sugar maples, oaks, aspens, and other hardwood shade trees. Like the western tent, it emerges in early spring and severely strips trees of leaves, stunting their growth.

As the name implies, the moth’s preferred dish is the Douglas fir. The moth also attacks blue spruce and other fir species.

The tussock moth tends to stay put. Thus, the impact of its action on trees is profound. You can initially spot them late in spring as their larvae begin to feed on new needles. One symptom of a tussock moth attack is reddish-brown foliage, first at the tree top and later on lower branches.

With such numbers, emerging budworms consume significant foliage within a short period. Proper pruning could significantly reduce the chances of an outbreak.

If you are looking to maintain healthy trees, then you should make an effort to learn more about pest and disease treatment for trees. Consult with North Eastern Tree, Shrub & Lawn Care at (888) 439-8733.